For some reason have omitted a lot of cooking topics on this blog…don’t know why. Might be that it has become such a part of normal life I don’t think it’s worth writing about. Given that the title essentially states that cooking is one of three topics, some may I think I have sold out to the RV industry as of late.

Anyhow…my trusty Weber is starting to show its age. Like a prize fighter just past his prime, the handle is starting to get rusty and has worn to the point Weber logo is faintly visable. She shows signs of exhaustion and fatigue when stressed at high temps, She also has lots of battles scars from stray red embers and cuts that didn’t compley heal after Mother Nature have her a knock out blow in the 12th round back in November. Other than a few scrapes and scuffs….it has never failed me and I  would not trade it for a brand new one if someone dropped it at my doorstep. With that said…I need to give Ole’ Blue a tune up.  More to come on that. 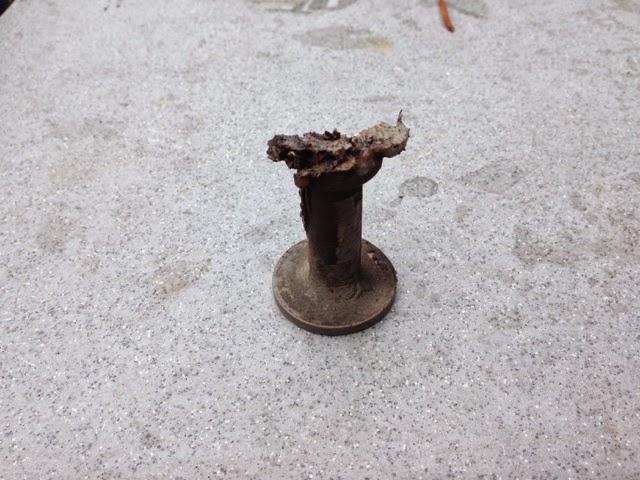 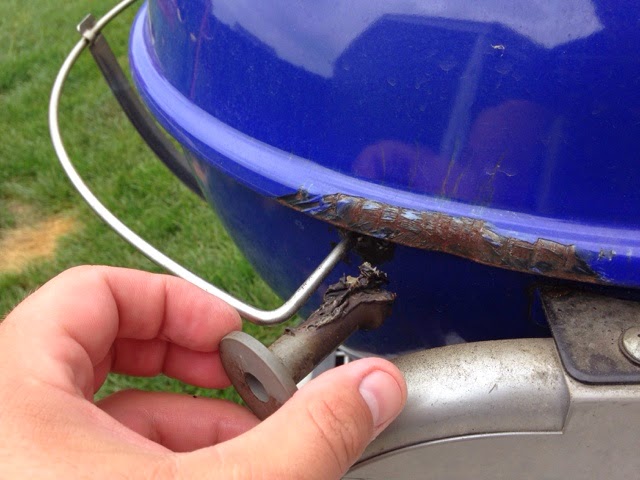 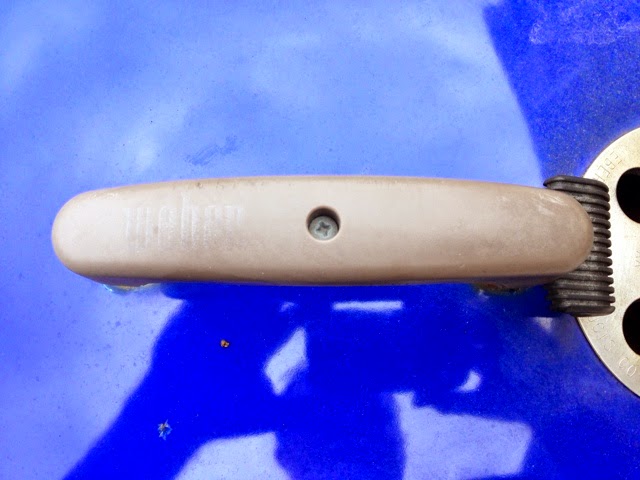 On the topic of cooking….Last weekend I did about 40# of Pork Shoulders for a reunion and a 14# brisket. I dont have any photos to share, but its pretty much the same as I have always done it minus the Brisket…Look for a seperate post on that in the future. There was NOT A SCRAP LEFT from the brisket so I may now have that down. BTW-No need to spend the money on Prime, Wagu or other high quality cuts of Brisket…Choice is the way to go IMO. Also worth mentioning…I think I have finally come up with a sauce that I like. I will avoid spilling the beans but will admit that it contains coffee. 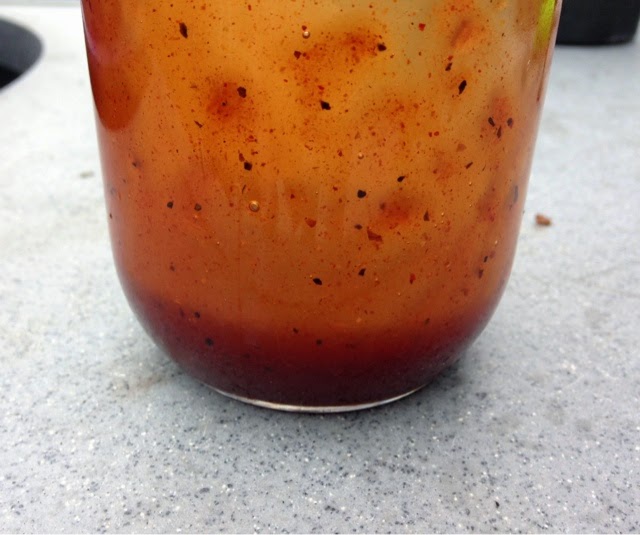 Tonight I am laying open a Yardbird (Whole Chicken) Procured from the new Schnucks at Lindenwood. Very Nice store by the way and a long time comming for the St. Charles area. Anyhow…I brined the bird for a few hours in something basic. Then split it in half, gave it some sun screen and a dusting of Santa Maria. 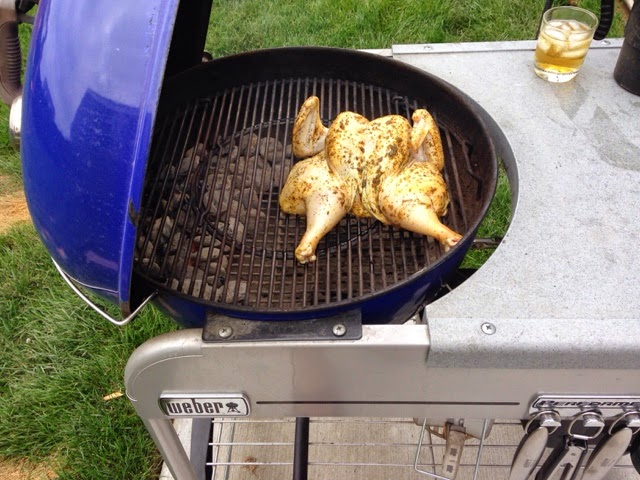