Whats new you ask? Quite a bit actually. We are now officially 4 weeks from closing on our new home. It’s been a long time coming…years in fact. Recently I took a look at all pictures we took at our old house and I was a bit taken back by how small the space really was and to cram 4 people and a dog into the space seems now an impossible task.  Living in my parent’s basement for the last 4 months has now begun to seem normal and it’s a little hard to remember how it was before. I guess that’s good and bad. It is a very strange transition to go from living on your own for a number of years to not really having a home. It plays with your mind. Thankfully our relationship with my parents is still good and they have been very accommodating…willing to give up their house to the tornado that is our family. Truthfully it’s been good for everyone. 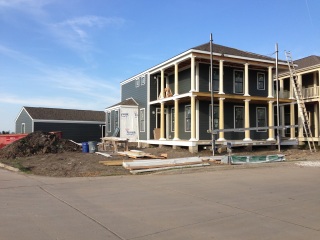 We took a little vacation to Florida a few weeks ago. Originally it was going to be just Ali and I but a few weeks before going we decided to take Sam as well. Glad we did. It was a good opportunity to spend some time with just him after bringing Max into the fold. Can’t say enough how much of a needed trip that was for me….it’s been a while. 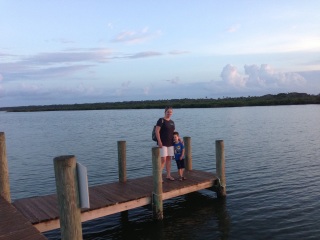 Camping has slowed down a bit while we get ready for a lot of things in the fall. My brother is getting married in October and both Ali and I are in the wedding so the ramp up is starting to take place. Also to complicate and compound everything we get to move and try to get settled in a new place. This is I am afraid going to take up most not if all of the available camping weekends in October. We just might be able to sneak in a trip in early November…we will see. Hard to imagine we are already talking packing it away for winter but we have had a good time with it this year.  Fall is an awesome time to get outside. The air is crisp and fresh in the mornings; the nights are just chilly enough to require a blanket by the campfire. It’s really the perfect season. We were going to take a trip this weekend to Mark Twain Lake for the holiday but after some consideration I decided to cancel and go next weekend. It’s just too hot and since Max is still not walking it’s a bit difficult to cage him in. Also a little fact that I have learned is that the less people at the campground the better for my sanity.  If you are looking for a nice quiet relaxing trip, Labor Day may not be the best time to go.