Since expanding my sales territory a few years ago I spend a lot more time in Kansas City…so much that I have gotten to know all the shortcuts to traverse the city and the outlying areas. If you don’t know much about this town….it’s worth visiting and it’s a little known fact that most of thie worlds engineering work is done here. These folks are my main focus and I spend a lot of time helping devlope relationships between these large potential customers and the principals I represent. Today while visiting with a customer we got on the topic of BBQ….he turned me on to a few things I decided to check out after we finished and I will get to that in more detail below. I have been traveling to KC for about three years regularly…and based on the title of this blog I love all things BBQ. I travel pretty much by myself and I find it a little uncomfortable to dine out…so I have only sampled a very small portion of the city’s offerings. That all changed today. I am sorry I waited so long!

Based on the recommendations I received earlier in the day I was directed to check out the KC BBQ Store. Wow! After talking a little bit with the man behind the counter I found out that a lot of the competing BBQ teams purchase a lot of their goods from them. They have everything from bulk rubs, big green egg’s, competition smokers to bulk wood for running your cooker. I was able to pick up a few things to try for the up coming summer BBQ season. It is owned and managed by the same people who opened Oklahoma Joes. If that means nothing to you….don’t know what to say. OK Joes has been voted one of the top 13 places to eat before you die by Anthony Bordain(sp?) and winner of many, many BBQ comps. If you have ever seen the travel or Food Channel BBQ specials…the gas station BBQ shop might ring a bell. This place regularly has lines out the door and is beloved by the local KC folks. I decided to give it a try but sadly didnt get to make it to the original gas station location as I was running short on time…but almost like it was planned there was a location just across the street from the BBQ Shop! Gues what? It was packed….and it was 2:30! If you go I suggest the Z-man sandwich. It’s made up of brisket, 2 onion rings, melted provolone and a splash of the house sauce. Pretty damn good.
Continuing the artery clogging theme for dinner…just north of the hotel I stay at is a Author Bryant’s and having never tried it…I gave it a go. To tell you the truth I was not impressed. Didn’t care for the sauce I think.  However it is as authentic as it gets(not the location,but the prep). Served with a plenty of white bread and nothing fancy. It’s a KC legend with many fans who grew up on the stuff.
Here are some pictures of today’s lunch/dinner tour as well as the BBQ Store. Not all of these pics I can take credit for. 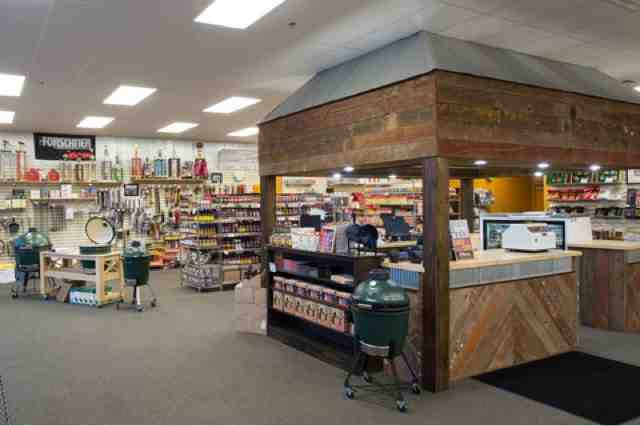 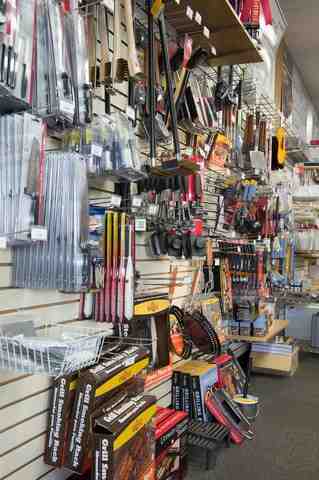 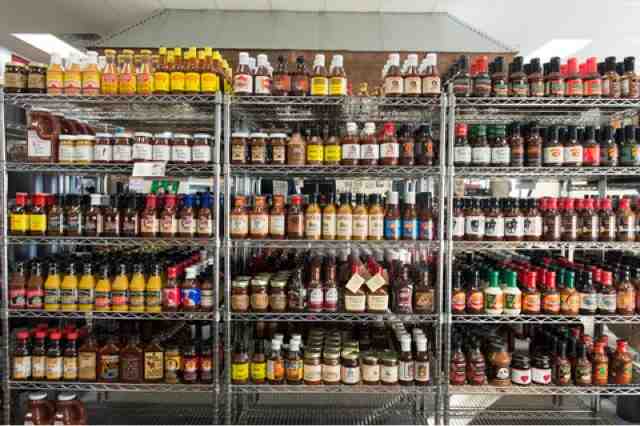 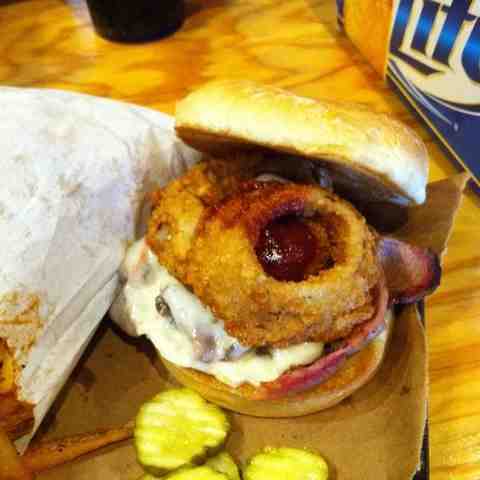 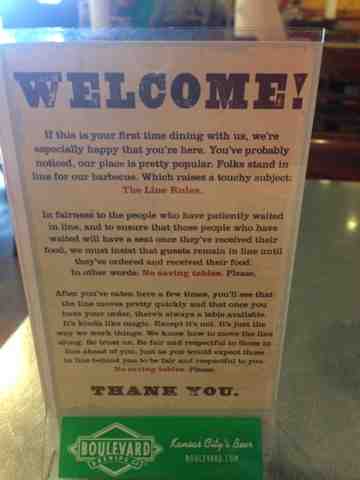 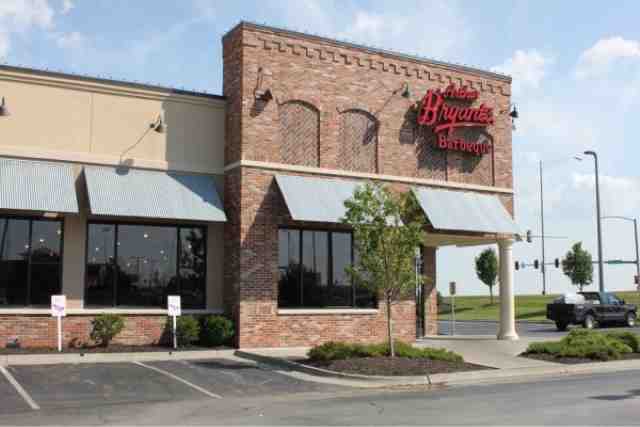 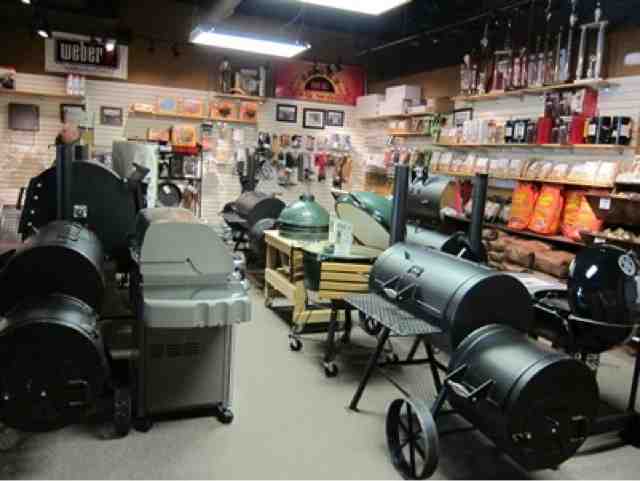 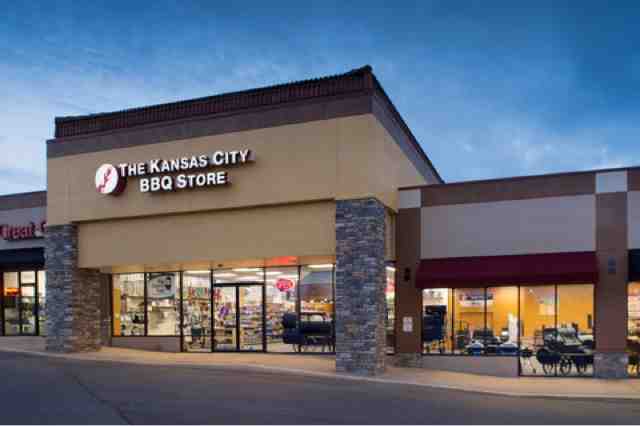 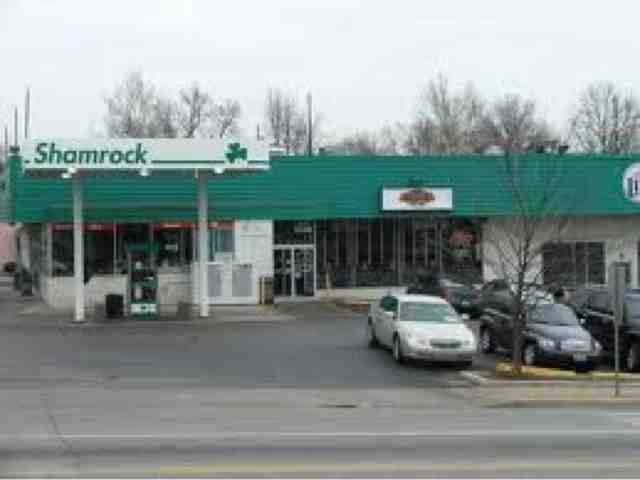 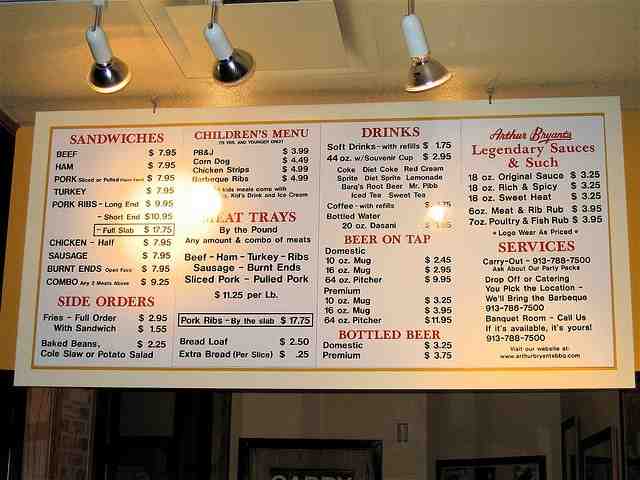 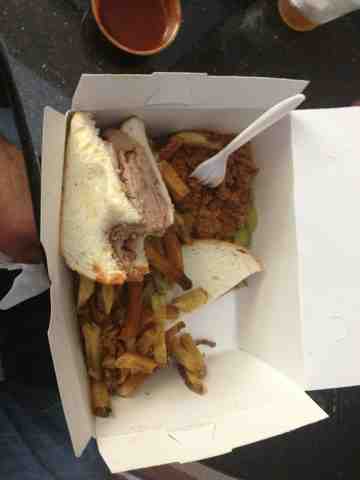 Above is the Bryant’s Combo pork sausage box.